We were sorry to hear recently of the death of Right Reverend Fred Darwent who died on January 15th .

Bishop Fred was diocesan bishop of the United Diocese of Aberdeen and Orkney from 1978 until 1992.

He may also have been known to those who attended Crathes 92. This was the community play that was held in front of the castle on the first evening of the week of the first Burnett Gathering. Fred Darwent, not inappropriately, played the role of Bishop Gilbert Burnet, Bishop of Salisbury, the noted 17th century historian and Bishop

The funeral service will take place at St Andrew’s Cathedral, King Street at Thursday 6 February 6th and followed by interment at New Pitsligo.

I recently mentioned the opening the Banchory Sports Village on the Hill of Banchory and for which Leys Estate provided the land and played a major part in establishing. It was the culmination of about 20 years of effort. 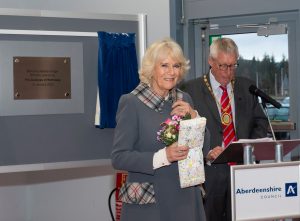 The official opening was by the Her Royal Highness, the Duchess of Rothesay (The Duchess of Cornwall in Scotland) 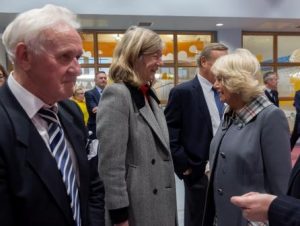 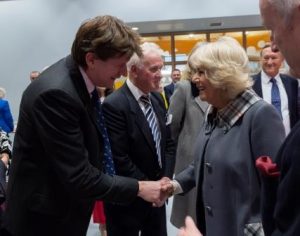 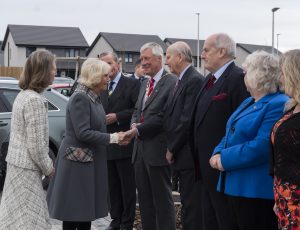 Alexander, Fiona and I were privileged in meeting her during her visit.

Visitors to Banchory may have noticed the fountain beside the main road and a few hundred metres from the High Street and on the route to Aberdeen. It was erected in 1870 In remembrance of Colonel William Burnett Ramsay of Banchory Lodge by the Tenants, Neighbours and Friends. 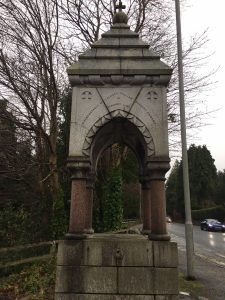 William Burnett Ramsay was a great-grandson of Sir Thomas Burnett of Leys. He is buried in the Burnett enclosure in the Banchory Ternan Churchyard.

If any man thirst, let him come unto me and drink