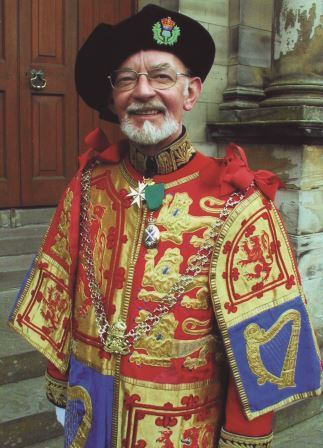 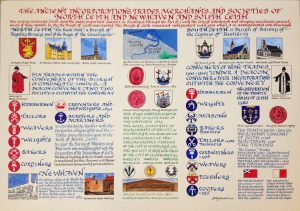 For hundreds of years the Port of Leith was the most important entry point to Scotland from the sea. The Leith Chronicle describes the churches, organisations, societies and trade incorporations which served the community and developed the wealth which also flowed into the capital, Edinburgh. The heraldry of Leith and Edinburgh is featured, along with the symbols used by the trade guilds and societies. The Chronicle was commissioned by Mr Gordon S Milne OBE, a great supporter of Leith, who will present copies of the Chronicle for display in Edinburgh Burgh Chambers, the Royal Company of Merchants Hall, South Leith Parish Church and in the Royal Yacht Britannia.