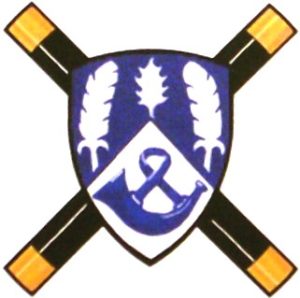 Since 4th June 1988 Canada has had its own Heraldic Authority which comes under the Office of the Governor General of Canada in Ottawa as part of the Canadian honours system. Any individual Canadian or Canadian corporate body can petition for Arms and several grants are very interesting as they have been given to native Canadian and Inuit organisations which reflect their unique cultures.

The heraldic system differs from that of the United Kingdom insofar that Arms no longer reflect the name. For example a female Burnett with Arms who marries, takes her husband’s name, and gives that name to her children can also give them her Arms, although the surname is quite different.

Recently I was told of a Canadian coat of arms which was granted in March 1998 to Mrs Miriam Louise Burnett of Toronto. The announcement of the Letters Patent was made on 24th March 2001 in Volume135 of the Canadian Gazette. 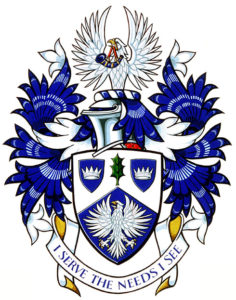 [Reproduced by kind permission of the Canadian Heraldic Authority]

The armiger was a Burnett by marriage, her own surname was Weston. She was the daughter of Garfield Weston, a Canadian bakery and grocery magnate. The Weston family are probably the second wealthiest family in Canada after the Thomson newspaper family. One of the Weston family properties in London is Selfridge’s department store.

Mrs Burnett was for many years Chairman of the W Garfield Weston Foundation which disburses sums of money for charitable and cultural purposes for the benefit of Canadians. There is also a United Kingdom Weston Foundation. Mrs Burnett died in Richmond, Virginia on 12th March 2008.

As can be seen there are two elements in her coat of arms taken from the Scottish version of the Burnett Arms – the hunting horn held in the beak of the crest eagle, and one holly leaf. The eagle and chevron division of the shield are taken from the Arms of her brother, Galen Weston, who was the first to record Weston Arms, and the inescutcheons bearing ancient crowns are a reference to the Arms of the Commonwealth of Virginia in the United States which was the birthplace of her husband who was a Virginian Burnett. Thus her Arms symbolise several connections in a way entirely personal in the best traditions of the heraldic system.