I cannot recall an Aboyne Games when we have not discovered some new kinsmen. It is particularly good when we are visited by a Burnett who has returned to live in the North East of Scotland. This year we were pleased to meet Alistair Forbes Strachan, whose grandmother was a Burnett who farmed at Cullen in Banffshire, and his wife Geertje. Coincidentally, we shared a hospitality tent with Clan Forbes at this year’s Games as we have a number of friends in common, and we had no less than three visitors who had both a Forbes and Burnett connection. 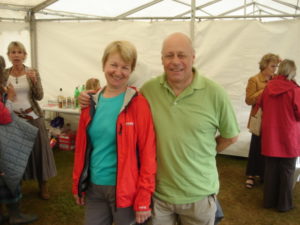 James C A Burnett of Leys