Banner reader may recall several articles relating to Flora and Fauna associated with the family name. Herewith is something new.

Her work elsewhere included her discovery of several new species of Slug which she collected in the Pyrenees as part of a study focusing on the evolutionary relationships within invasive slug species. Consequently, as since they have to be named, she agreed that the Burnett clan could have had a new species named in their honour – Arionidae burnettei (Taylor 2010). The Burnett slug is part of a novel family (the large Arionid slugs) which are characterised by their astounding abilities to adapt to new habitats. Recent research by Hollie unveiled the unique parasite assemblage, which act as an invasive mechanism reducing fitness of competitor species, which have enabled A.burnettei  to expand its range from the Iberian Peninsula to Southern France in a matter of years. 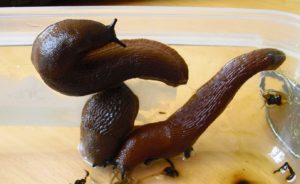 Funded by the Biotechnology and Biological Sciences Research Council (BBSRC) and the University of Aberdeen, with support from National Geographic and TOTAL, Hollie is now working on a project attempting to identify the evolutionary relationships of amphipods collected from deep oceanic trenches (up to 10,015m below the sea surface) encountering multiple new species in the process. She is also currently at the short-listing stage of two major applications including the National Geographics Young Explorers Grant and the Royal Geographical Society’s Early Career Research Grants to fund a data collection trip on a research vessel to the Marianas and Japan Trench systems next year. We hope that we will be able to add some new members to the Burnett clan! 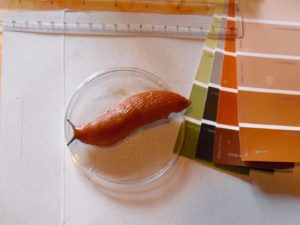