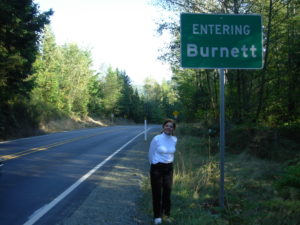 B.B hails from the great state of Virginia. Being a southerner has many rewards, including growing up near the homes of the American Founding Fathers. She attended nursing school in South Hill, VA and the University of Virginia. Upon graduation, B.B specialized in surgery and worked in several large hospitals. In 1964 she was accepted into the US Peace Corps. Her assignment was working as a public health and nutrition specialist in Niger, a very under-developed former French West African colony. Most of the children suffered malnutrition and childhood diseases, but she persevered and spent considerable effort helping to clean up the polluted water and sanitation systems.

At the end of her Peace Corp career, B.B left with thoughts of saving some, but losing too many of her children. To this day she feels that she learned more from the Africans than she could teach them. Her Peace Corps experience taught her the real importance of sincerity, gratitude and humility in every aspect of life.

After coming home, B.B continued her life-long cause of helping other people. She worked in rural southwest VA for a large national anti-poverty program. Her role with the indigent people was helping them become more self sufficient and less dependent on government services.

In 1972 B.B met her future husband Tom, a Montana boy, but not a cowboy. After a brief engagement they were married in 1973 and made their home in Missoula, MT. Son Jeffey came along four years later. B.B was a very devoted mother and stayed at home until Jeff was 10. Tom’s career is broadcast engineering. In 1980, the family relocated to Salt Lake City, Utah.

B.B was actively involved in crisis intervention during the 70’s and 80’s, working as a volunteer at the local crises centers. As a Catholic, B.B has served her church in various areas, including the local parochial school boards. One of her hardest jobs was Den Mother, keeping twelve little Cub Scouts busy learning how to become good citizens.

In 1984, the family moved again to the Maryland/DC area.   B.B decided to embark on new career as a Realtor, concentrating on serving the international community there for 16 years. Tom’s company transfer with CBS Radio in 2000 brought us to our current home near Seattle, WA. Since then, B.B has been serving in various roles with the Republican party and most recently was elected as a precinct committee officer. B.B and Tom are also members of the Caledonian Society of Seattle.

When researching her family heritage, B.B felt honored to learn that her family has ties to the original builder of Crathes Castle, Alexander Burnett. In 1840, a Lazarus Burnett married and had 4 children. One of his sons, Robert was born in 1846.  He eventually married a Roberts and they had nine children. Two of their children were twins, James and John. John Burnett had 8 children, of which one was B.B’s father, William Burnett. The Burnett’s all resided in Virginia until their deaths.

I am very proud to serve and represent the Burnett Family on the Board. It is my sincere hope that I can endeavor to increase the membership in the House of Burnett, and to be a worthy representative to spread the love and knowledge of Scotland.