Convenor Harry Burnett hosted a tent at the Scotland County, North Carolina games with help from his wife Jamie on October 5-6, 2019.

Their niece Elizabeth and an Italian friend Chani also helped. 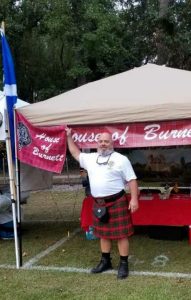 The event was the largest that they have had and Harry said in the 3 years he has been there it was the best.  The tent was stationed between the Clan Cochrane and Clan MacFarlane tents with much enjoyment of being together.  A reception was held at St. Andrews University, which was put together very well with great food. 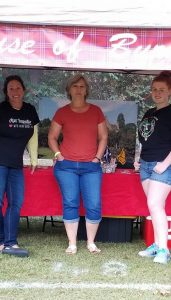 Harry and Jamie met a couple that lived 5 miles from Crathes, who were very insightful about it and gave a really good overview of the area.  They failed to leave their names.  Now Jamie has a lot of new facebook friends to share experiences.

Several people stopped by and said they had seen Crathes on the Antiques Roadshow and were very interested and were given information about the 2021 Gathering.  Aaron Kale Burnett joined the HOB and was very interested in our ancestry.  He is from Illinois and is stationed at Fort Bragg, North Carolina in the US Army.

The Stone Mt. Highland Games were held October 18-20, 2019 in the Stone Mt. Park.  The tent was hosted by Lt. James Burnette, assisted by Terry and Sally Burnett.

More than 18 Burnett families came by the tent and two new members signed up with several more planning on joining through paypal.

We had about 1 1/2 inches of rain on Saturday, October 19 and about 12 families came by in the rain.  Sunday, October 20 was a beautiful day in the low 70’s with sun in the afternoon.  All who came by were very much interested in their ancestry.  Several expressed interest in going to the Gathering in 2021.  A wonderful time was had by all. 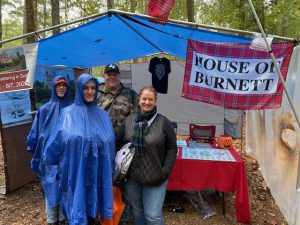 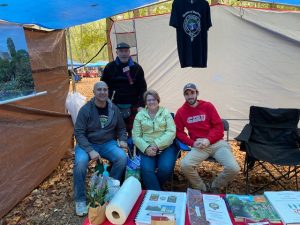 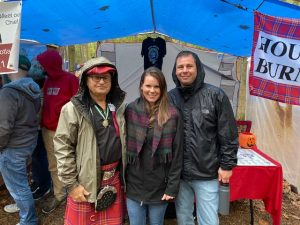 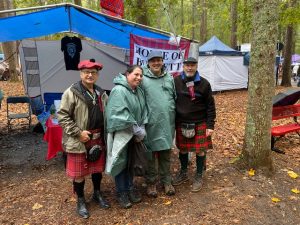 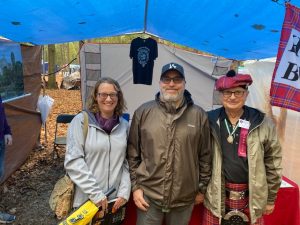 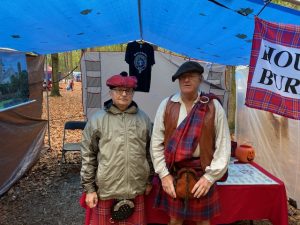 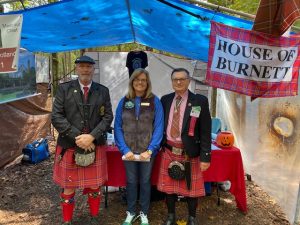 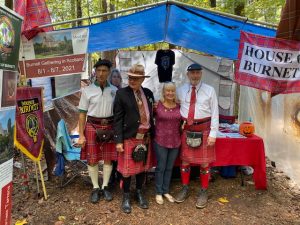 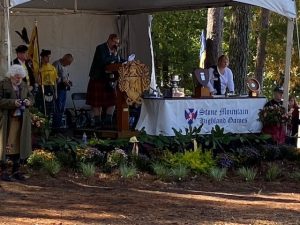 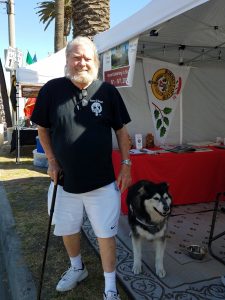 This picture is of Steve Burtnett. We have not come across this spelling but it is of interest. He said that his family came from Aberdeenshire in the 1700’s to Baltimore and then moved to the Philadelphia area. He’s looking for other relatives in the US or Scotland. Information is welcome.