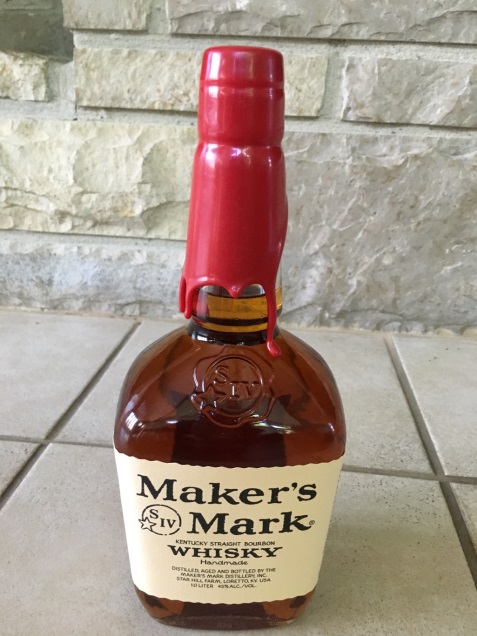 I very much appreciated the bottle of Maker’s Mark Whisky with which Steven Burnett presented me at the Glasgow Games in Kentucky in May. Steven has kindly sent me this account of the history of the whisky. Major John Burnett (born June 26, 1810) was the Grandson of John Burnett Sr. 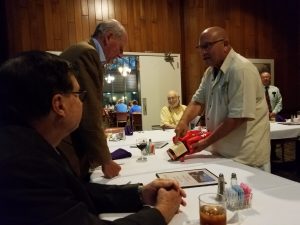 The first appearance of John Burnett Sr. in the State of Kentucky is a property tax bill from Nelson County in 1785. The tax bill also includes a reference to his father Thomas Burnett.

Major John Burnett was the son of John Burnett Jr. Major John Burnett was born in Washington county on June 26th, 1810. In November of 1854, Major bought the house his father owned, which sits on the waters of Hardin’s Creek, and there he began making whiskey.  A picture of the house has been handed down through the family.  Five years ago, I set out to see if the house on Hardin Creek still stood and to my surprise I found the house sitting on Hardin’s Creek across from Makers Mark Distillery.  I was concerned that it might not be the house because a prominent chimney was missing from the center of the roof.  I was able to talk to the people who own the house now and they said that they had removed it a few years ago.  County tax records show that Major operated a Distillery that produced anywhere from 200 to 600 gallons of whiskey per month. Notice who is below Major on the tax bill. I strongly feel that the reason there is no Burnett’s Bourbon today is because Major’s son John Jefferson Burnett enlisted in the Civil War. But that’s a story for another time. 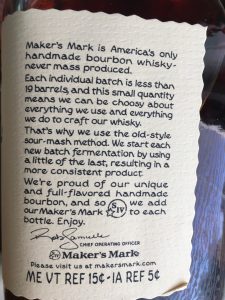 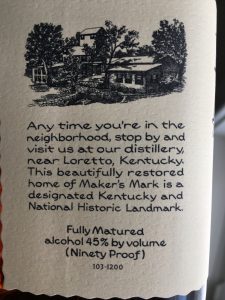