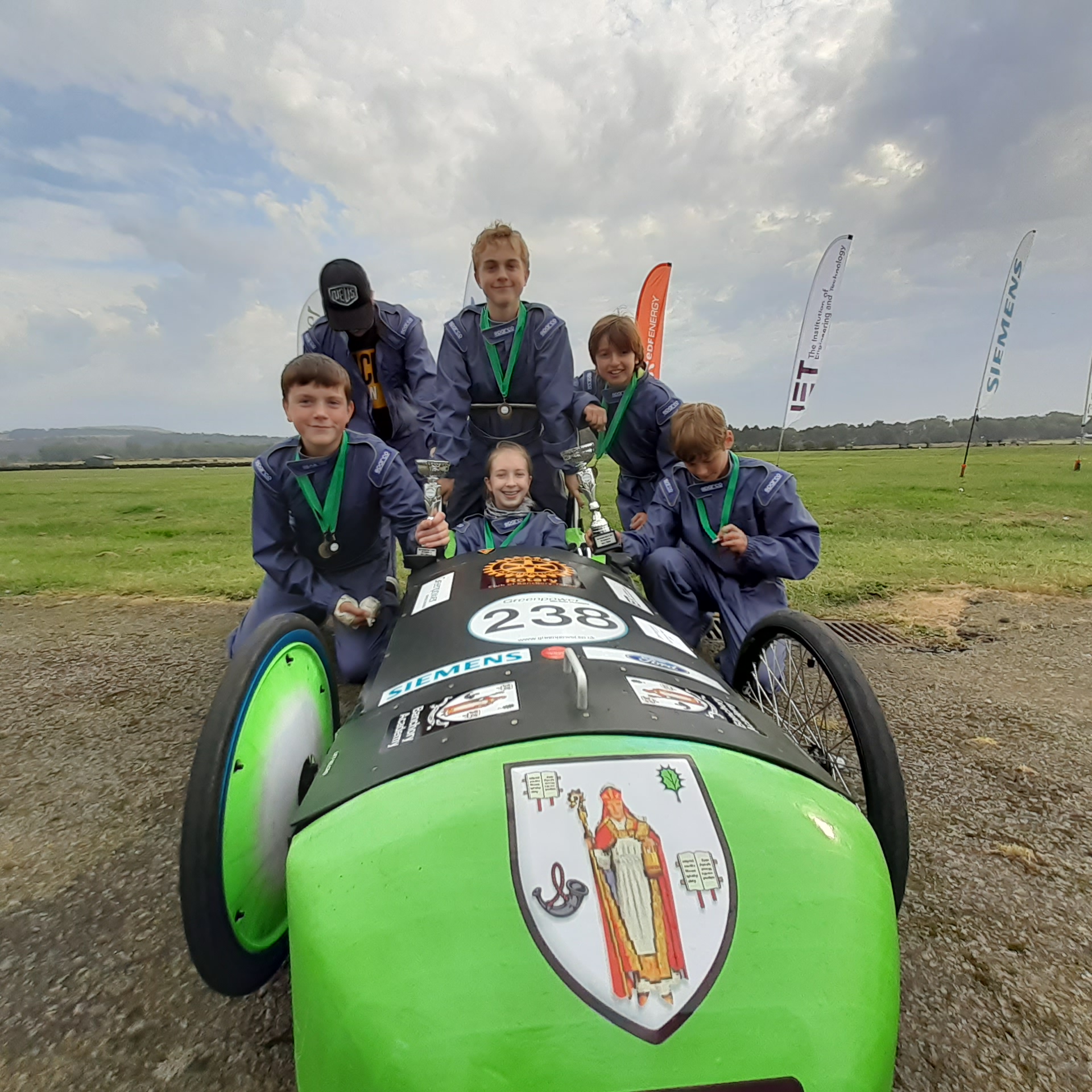 My new pastime of metal detecting had to be curtailed recently when my associate detectorist, Chris Engel, had more important matters to which to attend. He was heavily involved in the production of Banchory Academy Greenpower Car

A team of Banchory Academy pupils drove their electric racing car in the Greenpower race at East Fortune racetrack near North Berwick on Sunday 22nd September. They were competing in a national challenge for school pupils and which is designed to teach STEM subjects (Science, Technology, Engineering and Maths) in a practical way out of the classroom. The team meets after school once a week and is mentored by a small group of voluntary, retired oil industry engineers.

The object is to design, build and then race an electric car as far as possible in 90 minutes on a single charge of the two 12v batteries. The batteries and electric motor are standard and cannot be modified. The skill lies in making the car as efficient as possible and not wasting battery power through frictional losses or by going too quickly. Many teams simply buy a kit and add bodywork but the Banchory team have designed and built from scratch.

Back in June we reported on the team’s double victory at the Alford Greenpower heat where the team achieved a distance of 29.86 miles. Subsequent refinement and improvements have made the car both faster and 17% more efficient. It was placed second in the first of the two East Fortune races, having led the field from the start to the second last lap. The car then went on to win the second race outright with a distance of 34.94 miles and an average speed of 23.2mph. This distance was the best achieved by any of the 23 teams at the event and is Scotland’s top-performing Greenpower car of 2019.

The Banchory team also won the “Siemens prize for innovation” for their data-logger and telemetry system which measures and monitors every aspect of the car’s performance. It even predicts projected battery life, number of attainable laps and expected distance that can be achieved. If there was a prize for fast pitstops, the team would have won that as well.

As a result of last weekend’s race, Banchory Greenpower team have moved up from 85th place to 32nd place out of 250 teams on the Greenpower UK league table. They have also qualified to race at the International Final on the F1 Silverstone circuit in October.

The team plans to build a new car over the next few months and are currently seeking sponsors and professional partners to assist with the estimated £2,500 cost of a sleeker, faster car.

Apart from Chris’s association with Crathes (He was responsible for much of our Burnett merchandise being the owner of the business, Scotgold, before he retired, he also produced most of the presentations in the Family Room in the Castle .

Other Burnett connections are the inclusion of the Horn and a Holly Leaf on the car within the Banchory Academy Coat of Arms and the historical fact that the Burnett family established the first non-denominational school in Banchory – a precursor of Banchory Academy.