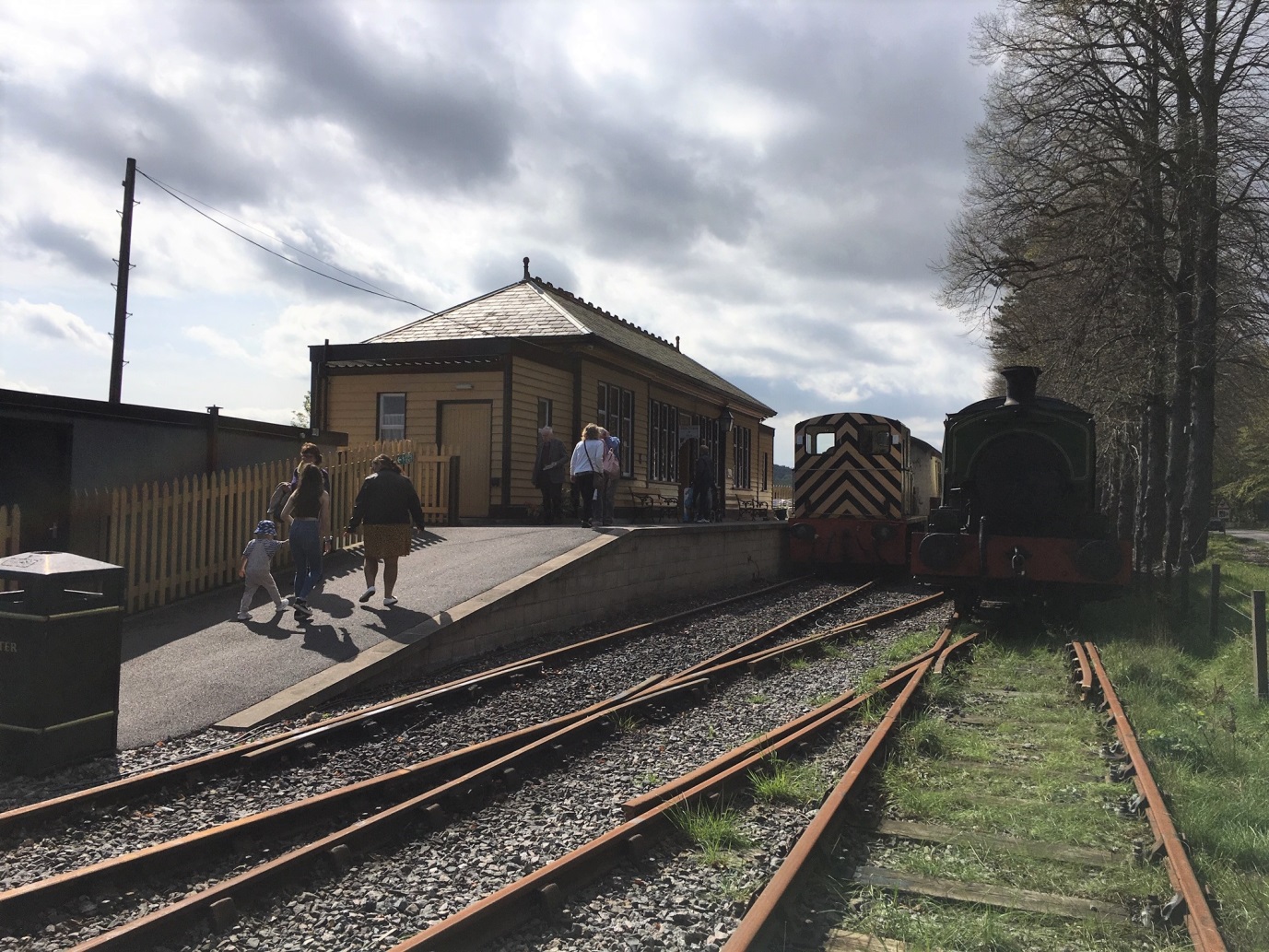 One of the events of past Gatherings at Crathes has been a journey on the Deeside Railway Line . The Deeside Railway line was closed in 1966 but a short stretch reopened in 2004.  A few years later, the Old Meldrum Station building was moved to the Milton of Crathes.

It has long been intended to reconstruct more of the line to reach Banchory and this is beginning to happen. 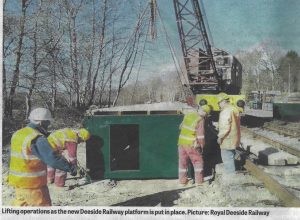 Current work is on a new second platform effectively creating a second terminus. Although seemingly unusual for such a short journey, it will provide passengers with the option of combining the rail visit with walks to or from Banchory and connecting to the various walking trails. The platform is the first element of the railway’s “Heading West” plan to reach Banchory again. 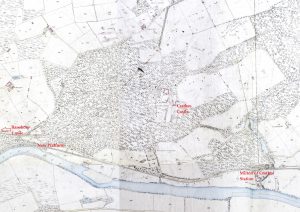 The railway has a significant history. When it was constructed, it was agreed that all scheduled trains should stop at Crathes to allow professional people who lived at Crathes to commute to Aberdeen. When Queen Victoria resided at Balmoral, it was proposed that “The Queen’s Messenger” train need not stop there. Sir Robert Burnett opposed this and the case ended in the House of Lords where their Lordships found in his favour.    www.deeside-railway.co.uk

I reported in a recent Banner, that Chris Engel had found an interesting c1697 silver shilling of William III, very worn surface, inscribed with a letter ‘J’ on side and was probably  have been a love token. It was found in the field at Birkenbaud between the Fishing Hut and the Deeside Way. Less interesting finds at that time were 1960s cigarette lighter and part of lead ingot – probably late 1800s

More recently, he prospected in a small part of a field near the Crathes Hall and Crathes Station. Here he understood that picnics or other recreational activities might have taken place during the last century, he unearthed a more substantial haul although some of it may have been of less interest or value. 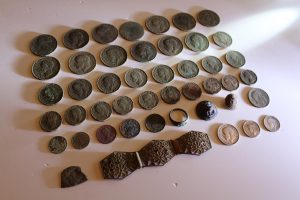 Maybe not of huge value, but to some a more exciting than the find of Tutankhamun. Such was my experience when I found 4 coins about five years ago. They were not in good condition but, had they been, I was advised that they would have had a value of 15 pence but were probably  more useful as washers if I bored holes in them.

I think that I have mentioned it in a previous article, my Great Grandmother, Lady William Cecil (May Tyssen-Amherst). A noted Egyptologist , she had run her own excavations in Egypt, near Aswan. It was our understanding that she financed Howard Carter, who was brought up near the Amherst home, until she could no longer afford to do so and before he discovered the tomb of Tutankhamun.

Chris and I did some detection work last week not far from the Loch of Leys where there was a rifle range during last century. In addition to a bullet I unearthed a buckle which I can confidently say is ‘post Roman’.