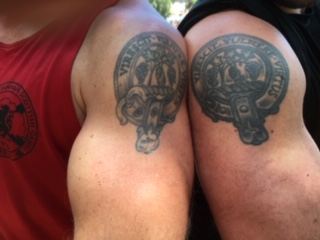 Terry Burnett reports from the Savannah Games which were held on the weekend of May 4th.

Terry was really pleased to meet twin brothers, Brian and Brent Burnett, who have been competing for 20 years (they are 37) in the athletics at the various highland games.  They are from Florida so mostly compete there, and as the Burnetts were doing the parade of tartans on Saturday, Brent suddenly jumps out of the crowd and asks if he can march with us.

Brian and Brent are clearly great promoters of the name of Burnett as can be seen from their tattooed biceps below. They will be in Greenville over Memorial Day and plan to compete in Scotland in 2021.

If there are any other Burnetts who are thinking of competing at Greenville or at any other Highland Games, please let themselves known 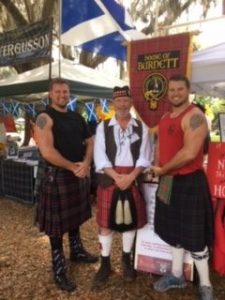 Brian (in black shirt) and Brent. 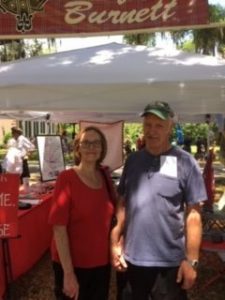 John Burnett Shivas and his wife 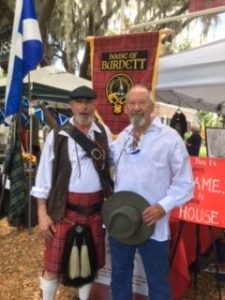 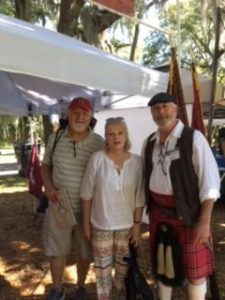 Sybil Parsons and her husband 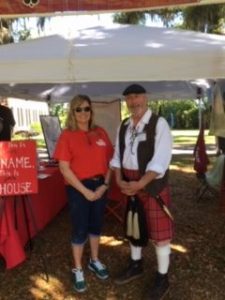 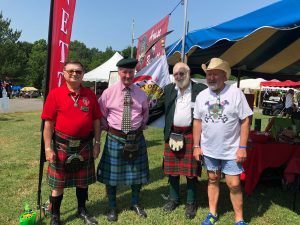 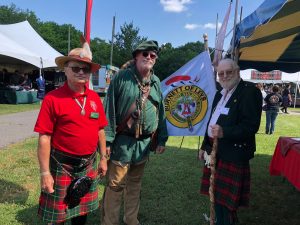 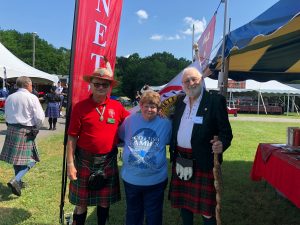 There were forty two clans represented and the House of Burnett was the Honored Clan. 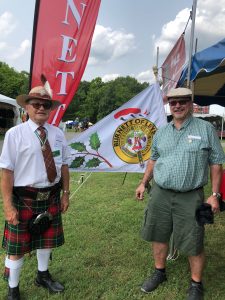