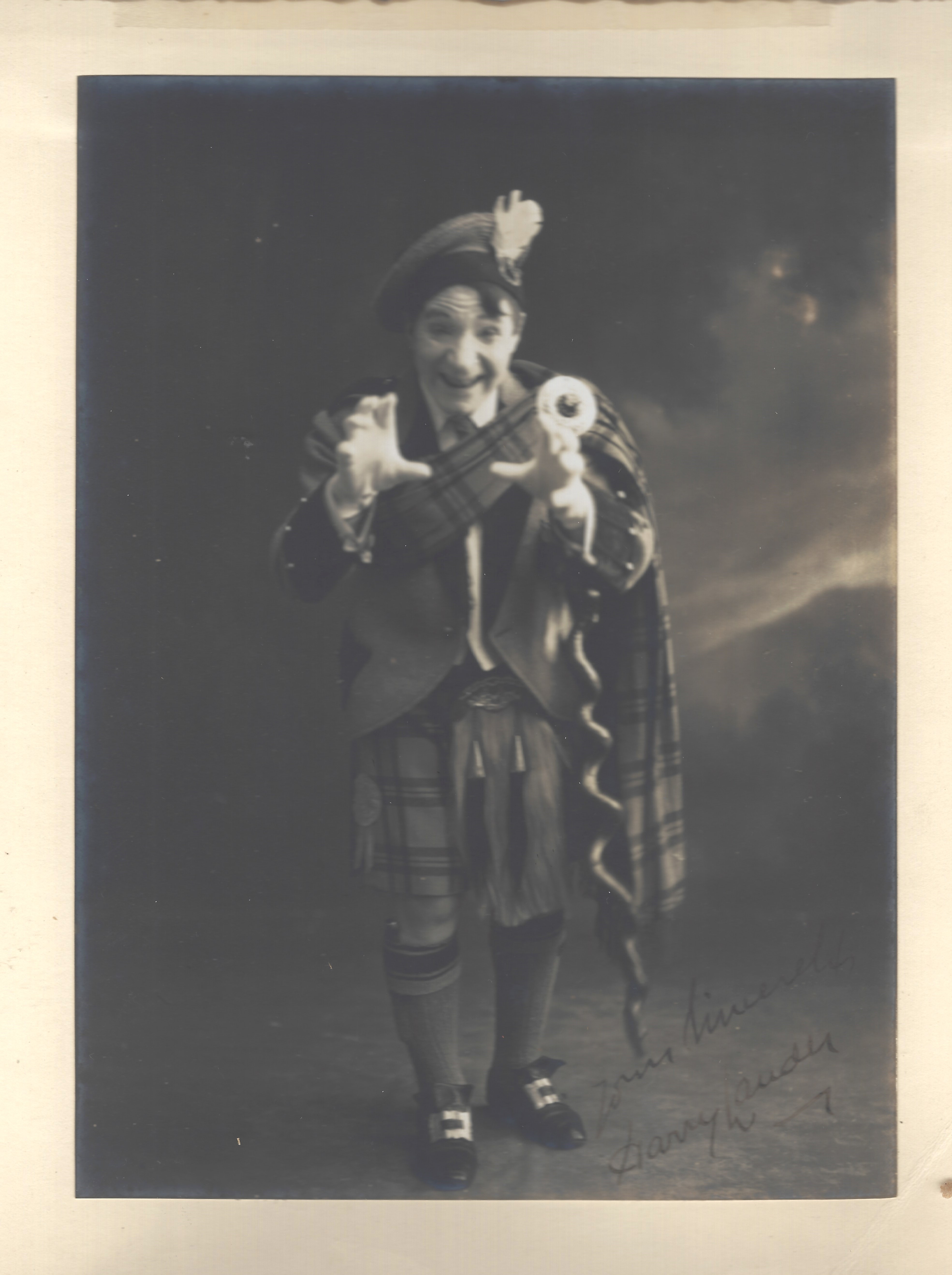 and the Crathes connection

Harry Lauder was one of Scotland’s best known popular comedians and singers achieving international success in both the music and vaudeville. The image of the little man in his kilt and his corkscrew walking stick was known the world over. He was knighted in 1919

He was the highest paid such artist in the world and the first to sell one million records. The songs which made hm famous include Roamin’ in the Gloamin“, A Wee Deoch-an-Doris, The End of the Road and probably the best known of all, I Love a Lassie.

He was a frequent visitor to Crathes as a friend initially of Sir Thomas and Lady Burnett but also of the following generations. He is shown here in front of the old front door and yet along with Lady Lauder together with my mother and her brothers, Sandy and Roger.

It is believed that one of his walking sticks came from the Crathes Gardens where there is today an example of the shrub from which it came, Corylus-avellana-contorta 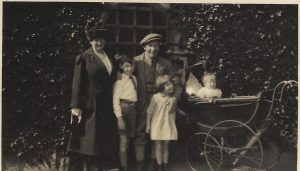 But there is another Crathes connection. Henry Younger of Benmore was the great grandfather of Vinny Burnett. He was also a close friend of Harry Lauder as is shown in the following letter from the USA to Henry Younger’s widow following his death. He also composed a poem to Younger 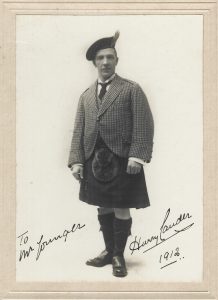