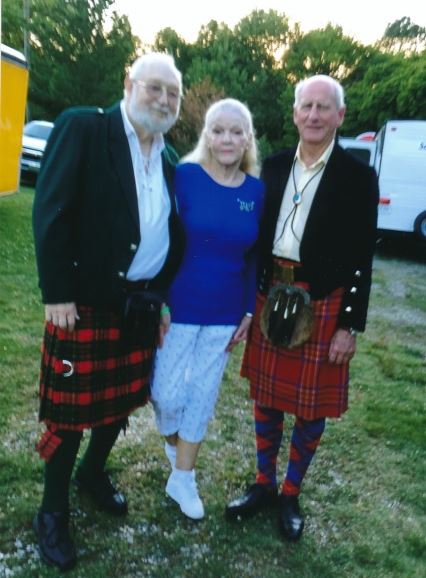 After 11 years of being the Secretary of the House of Burnett, Leland has finally decided to pass on this role.

Below are a note from Leland and a further tribute from our President.

Greetings to All;As most know I am giving up my position as Secretary as of 1 Jan. 2019. I will still be involved in the House of Burnett at games and such.

Elections for Board of Directors to take office Jan. 1st 2019 will be taking place in Oct. I will be calling for a vote in late Sep.  Two Board Members will be elected for a three year term. The Board will be electing the Executive Officers at the fall Board meeting.

Leland has been the backbone of the House of Burnett for so many years. His work for us as our Secretary will always be remembered. We will look for him at the Highland Games, his “first love”.

Leland will be succeeded by Nicole Zimmerman, of Racine, Wisconsin as Secretary. Nicole is an accomplished woman who will be an excellent Secretary for the House of Burnett.  – Jackelyn A Daugherty, President, Lieutenant House Burnett.

I won’t repeat my own tribute to Leland and which I included in a recent Banner as did our President Jacky but we are all very grateful to Leland for what he has contributed to the success of the House of Burnett. Maybe it is suffice to repeat that in 2009, Leland announced

“I plan on running for Secretary for at least one more year, unless someone would like to take over and give me more time to do research. That would be great.” 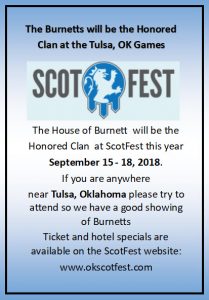 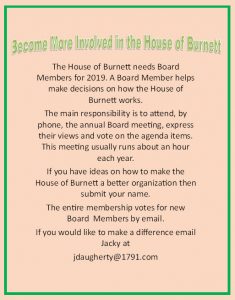