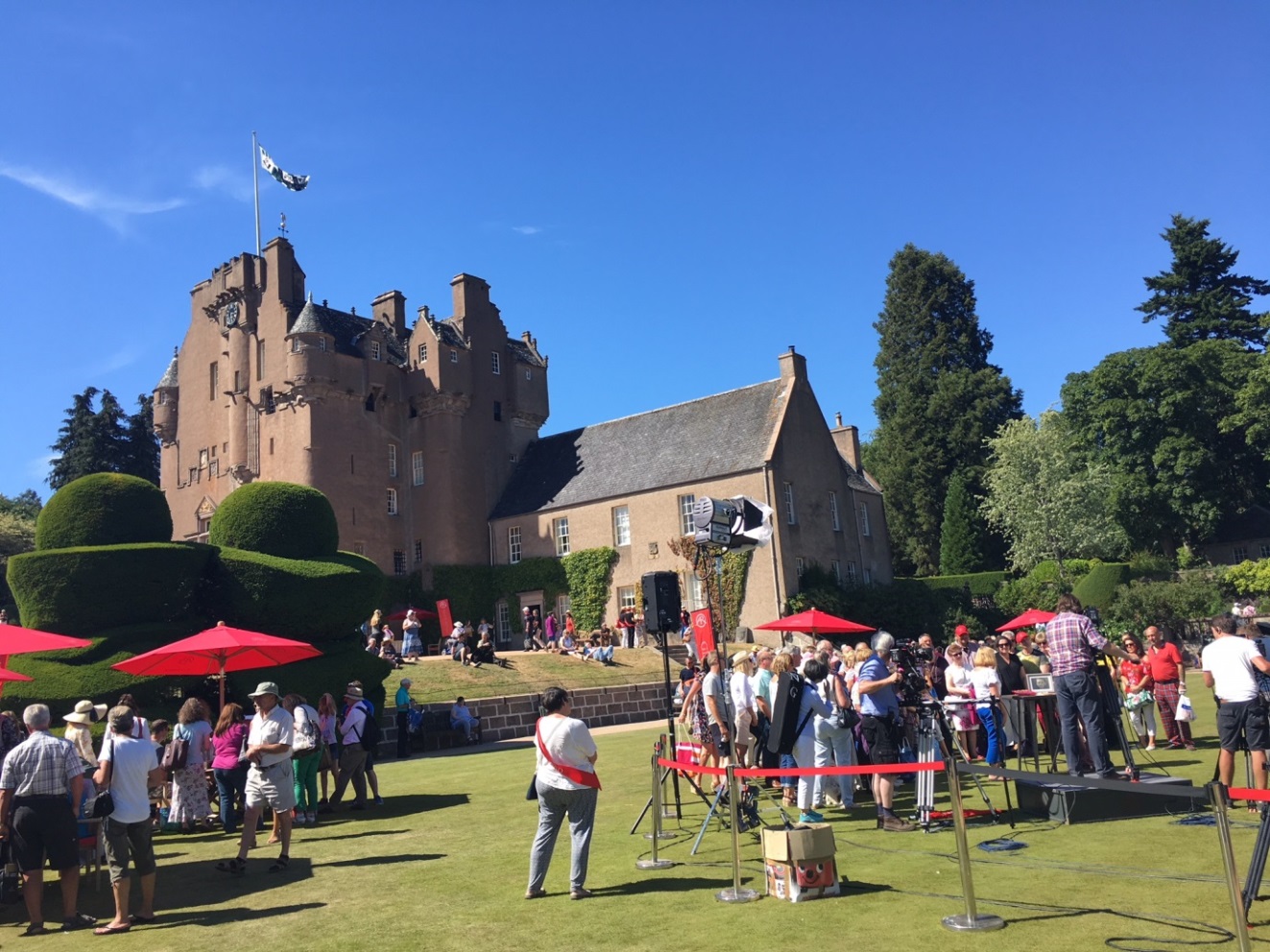 Antiques Road Show – Who Do You Think You Are?

Two of the best known BBC television programmes have recently had Burnett association. More to come

The Antiques Road Show drew large crowds when it visited Crathes early in July. We shall have to wait to see what items of Burnett interest will be featured.

I had the pleasure of meeting the presenter, Fiona Bruce, both in the Gardens and within the Castle where filming also took place. Crathes was also honoured as it was the first National Trust property to host the popular programme which visited Deeside for the second time in the past two years after a recent visit to Balmoral Castle.

The programme is planned to be broadcast in two parts, one of which will be in the Autumn and the second in the Spring

Another popular television programme is Who Do You Think You Are? in which various celebrities are assisted in tracing their ancestry. My good friend and kinsman, Geordie Burnett-Stuart, who has made contributions to past Burnett Banners, featured in a recent edition of the programme with the actress Olivia Colman who played the part of the Queen in a recent drama series, The Crown.

Although the connection of the common ancestor, Mary Slessor, to Burnetts, may be somewhat tenuous, I regard it as sufficient for inclusion in the Banner.

Who do you think you are

Geordie Burnett Stuart of Crichie, occasional contributor to The Banner, was involved recently in a fascinating story from 1802 in Bengal, India recently .

Olivia Colman, the successful UK actress shortly to star as The Queen in Netflix upcoming second series, was seen tracing her ancestry back to one Lieutenant William Slessor, an East India Company Officer, for the highly successful BBC series   Who do you think you are ?  After several fascinating interviews in India the film came to the Highlands in Scotland.

Olivia was interviewed as Geordie showed her portraits, miniatures, drawings and diaries of her newly discovered ancestors. Geordie said she was utterly delightful and just thrilled by the revelations including a French ancestress whose portrait from 1777 confirmed an oral family memory. It was broadcast on 9 July 2018 for those who enjoy Catchup TV.