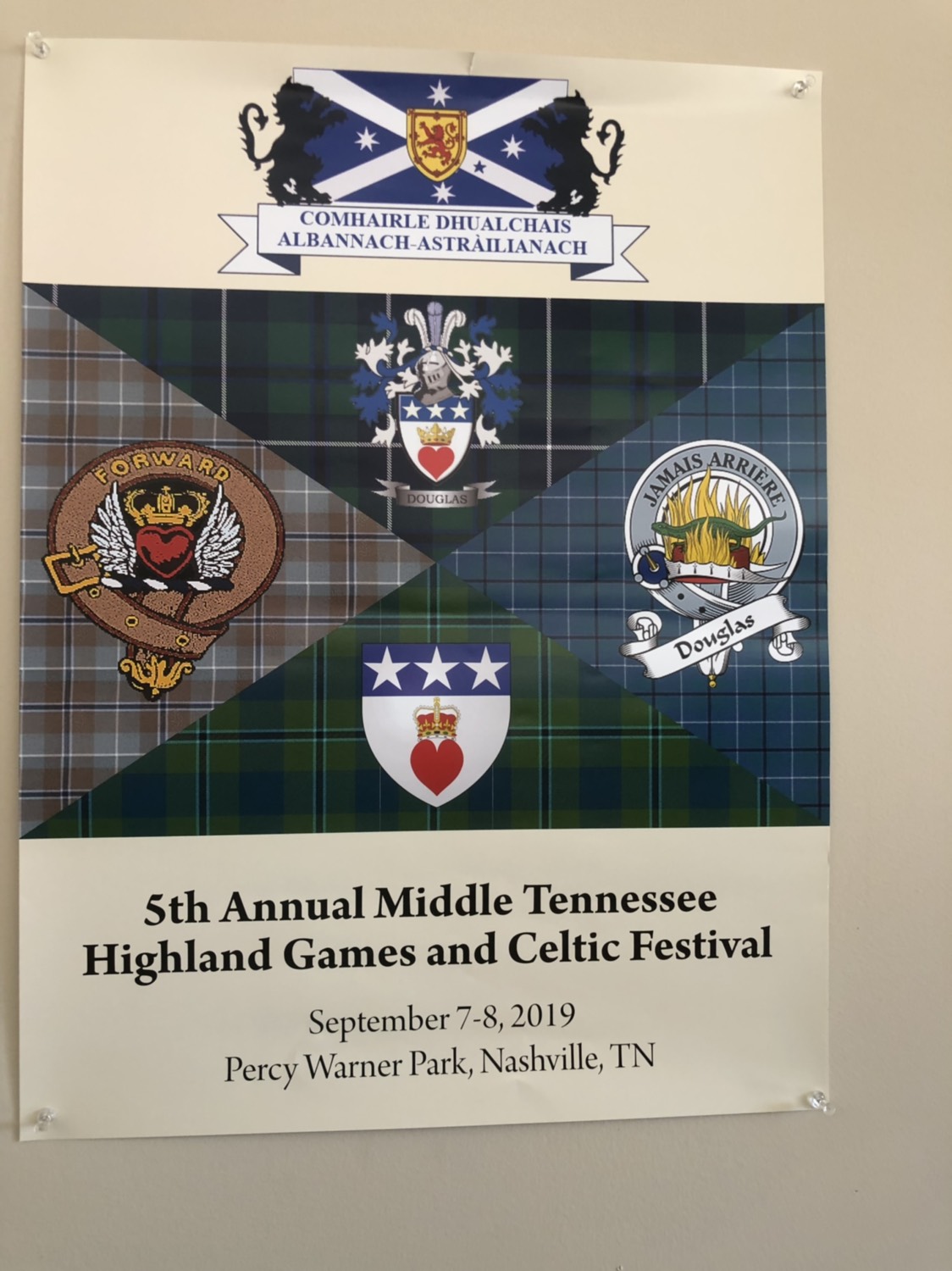 Lt. James Burnette hosted the tent at the Middle Tennessee Highland Games on Sept. 7-8, 2019,  Several Burnetts and variables of the name attended.  The games were well attended and 50 clans participated.  Approximately 8,000 people attended the 2 day event.

This was the first year to be at the park.  Prior years were held at another park that became too small to hold the larger numbers attending. 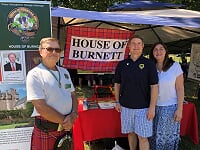 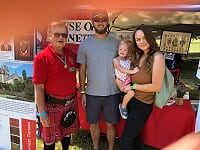 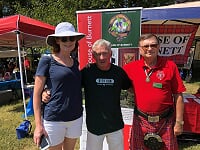 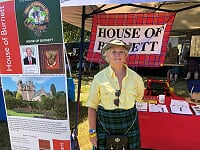 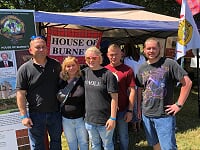 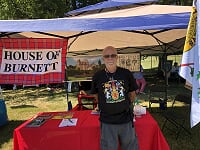 Gary Carper, Mother was a Burnett 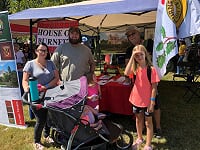 Megan McCoy and family, her grandmother was a Burnett. 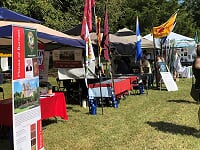 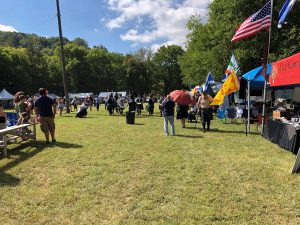 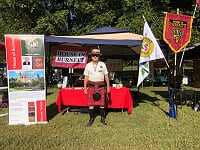 The Games have already been included in the last Banner. Our picture here mes from Beth’s Newfangled Family Tree newsletter. For those who don’t know about this: Beth Gay Freeman, CRMC, Dame of Drama, Kingdome of Raknar;  FSA Scot bethscribble@aol.com