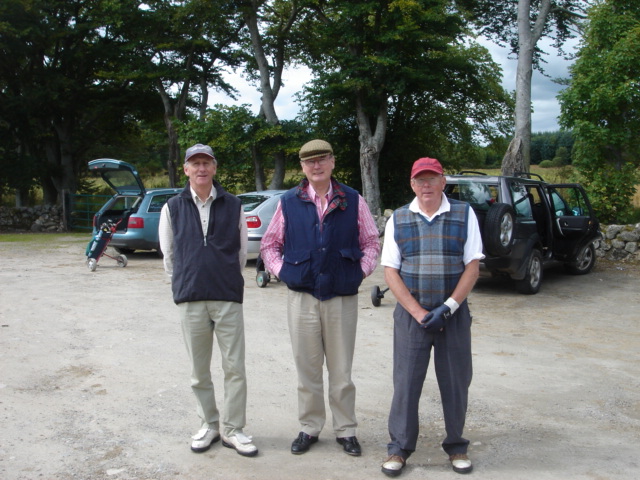 David Irvine of Drum and David Paton of Grandhome

Over the last two weeks I and many others have lost two very good and long-standing friends who were also close Burnett associates.

David Irvine of Drum represented a family which has been associated with the Burnetts of Leys to an extent greater than any other. From near simultaneous gift of land from Robert the Bruce in the early 14th century until the present day, the two have lived comfortably as neighbours. David and I had in common that both our homes are now owned by the National Trust for Scotland. We also enjoyed many a round on golf courses and which included contests, of arguable quality..

Above is a photograph taken on the occasion of a match with Granville Huntly and David. And occasion on which David achieved his only hole-in-one in some sixty years of golf. He and Caro were also keen competitors in our annual Inter-Clan Croquet Match at Crathes and on which occasions lived up to the Irvine motto Sub Sole Sub Umbra Virens (Vigorous both under the sun and shade).

David was also well known to many Burnetts as he frequently guided us on Gathering Tours around Drum Castle. This was both an honour and a pleasure. David and his wife, Caro, visited the United States on several occasions and I think that on no less than three occasions did he preside at the Glasgow Games in Kentucky.

David’s departure will be a great loss both to his many friends but also to the presentation of our Scottish Heritage to many visitors and of course, many Irvines.

Having written the above, I attended Holy Communion the following morning. As I knelt on arrival, I noticed two small holly leaves beside my hassock. It was clearly a remnant of the church decoration for David’s funeral a week earlier but it was the piece of such foliage that I could see. That the Irvine coat of arms is a bunch of three holly leaves, I felt that this was strangely symbolic. 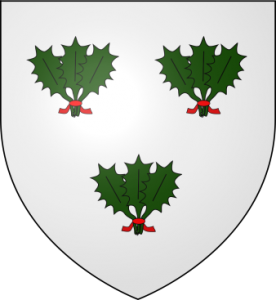 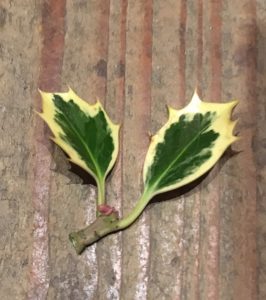 David Paton of Grandhome may have been less known to visiting Burnetts, although many may have met him at various Burnett events of which he was a good supporter. The Patons have been great family friends for many decades and not least, during the last forty years and more since David married Juliette. The next generation members are also the best of friends. David was a cousin having a grandmother who was a Cumine of Rattray as was my own great-grandmother, the wife of Sir Thomas Burnett of Leys. 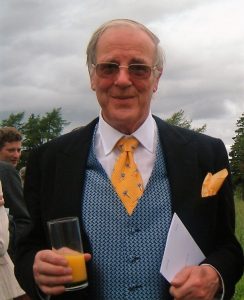 David enjoyed a benignly mischievous early life which included being sent down from Oxford for a series of pranks, the consequence of which was that his fellow students gave him a mock funeral; an honour surely afforded only to a few.

When he came to live at Grandhome after the death of his father, and having qualified as a land agent, David immediately became involved in Aberdeen business. He was a leading light in the Scottish Chamber of Commerce and for twenty-five years was chairman of the 900 year old Aberdeen Harbour Board, the oldest corporate body in the United Kingdom and central to the prominence of Aberdeen as the oil capital of Europe. He was also active on the North East Preservation Trust and assisted effectively in the preservation of our ancient built environment.

Grandhome itself is one of the finest houses Scotland and its proximity to Aberdeen inevitably resulted in it becoming surrounded by development. David saw that this was carried out in the interest of all. The latest project of seven thousand houses has been planned to be something similar to the Prince of Wales’s Poundbury as a carefully planned town which will be not only a self-sustaining community, but also to be attractive architecturally. When once asked if it was another Poundbury, he replied “Better than Poundbury.”

David was highly engaging, erudite and deservedly without many if any foes. He lived up to his family motto, Audacia et Virtute Adepta – (Acquired by audacity and virtue).